Don't let your engine overheat, get it serviced today!

Thousands of controlled explosions occur every minute inside a running engine, which creates a massive amount of heat.

The radiator in your vehicle cools your engine and needs water and coolant (antifreeze) to function. The coolant absorbs heat from the engine and then dissipates it through the radiator, as well as the heat exchanger in the passenger compartment.

Because the engine coolant is operating in a hot, hostile environment, it will eventually break down over time. Gradually the rust inhibitors disintegrate, leaving the small cooling passages in your radiator and engine vulnerable to corrosion. The coolant will also become contaminated with debris over time..

The presence of rust inhibitors is critical, as the cooling system will rust from the inside out when it’s not protected. In time, these bits of rust can clog the tiny passages within the radiator and heater, causing your engine to overheat. When an engine overheats, it can lead to a very costly repair, or worse, an engine replacement.

This removes dirt and rust particles that can clog up the cooling system, and provides anti-rust protection. 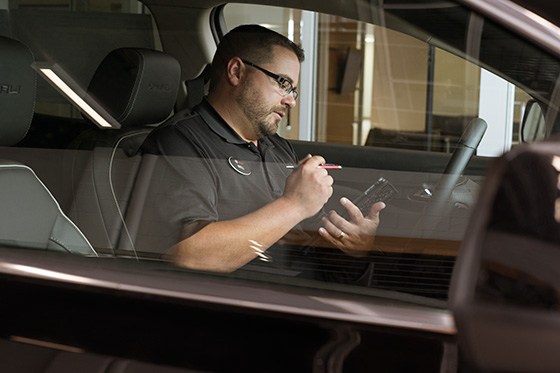 By submitting your email address or phone number, you allow us, Hogan Chevrolet Buick GMC Limited, to include you on our contact lists to send you information about our products, services and promotions. You may revoke consent at any time by clicking on the "Unsubscribe" link in your email.

We want to hear from you! Contact us for comments, suggestions, or questions and we will get back to you as soon as possible.